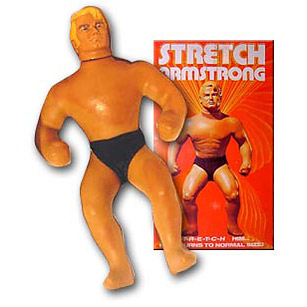 Growing up I always wanted the latest action figure. It was a little before my time, but it was still a well-known toy by the time I came along. Stretch Armstrong first debuted in 1976 by toy manufacturer Kenner. The trait that makes Stretch notable is his ability to be stretched well beyond its original size and then return back to its normal size.

In my life, I have felt just like Stretch. No, I’m not Mr. Incredible from the Fantastic Four. My limbs can’t physically stretch, but my faith can. I’ve never been hungry. I’ve never been naked. I’ve never been homeless. I’ve never been in prison. I don’t have a great testimony of triumph from adversity. The only testimony I have is one of provision and protection. Looking back, I can definitely see the hand of God guiding, protecting, shaping, and molding me. 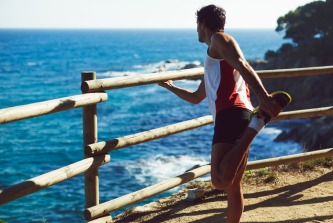 The bible is full of people whose faith had been stretched for one reason or another:

It had never rained before and at risk of looking like a lunatic Noah trusted God when he built an Ark on dry land. His faith was stretched to believe God when what was being told him had no reason of working.

Abraham’s faith was stretched because of his wife’s infertility. It was when they thought that their hopes of having a natural child were long past that God did the impossible to restore her ability to have a child.

When the children of Israel were losing faith because of fear of an overpowering enemy David dared to trust God. David had his faith stretched as a young boy when he walked onto the battlefield with no armor, a sling shot, and 5 stones to face a giant. In the natural, a child should have not been able to compete against a seasoned warrior; however, if God is for us who can be against us.

She was a queen with a secret, but God prepared her for such a time. Esther could have faced death. Her faith was stretched when she went before the king. The stakes were high. She could have died with her people, but instead she saved the whole nation.

In a dark nation, where it seemed like everyone was bowing to something other than the one true God, three men stood out quite literally. The penalty was death by fire for not bowing to an ungodly ruler, but Shadrach, Meshach, and Abednego chose to defy the status quo and say that there is only one God in the earth and he is worthy of all praise and worship. They chose to worship God and not some heathen ruler. They were thrown into the fire for their actions and came out unscathed because of the protection of God.

He knew what it meant to have freedom as well as to be in prison. Even though it would make him a pariah in the community he continued to worship God openly. Daniel might have been condemned to death, but he was bound by a commitment in the one true God. His faith was stretched when an emperor threw him into a den of hungry lions and he came through it unscathed. God shut up the mouths of lions so what was meant for evil could work out for Daniel’s good.

These are only six; however, there are several other stories of triumph through adversity littered throughout scripture. There are countless other stories of grace and triumph in the lives of everyday Christians as well. God is greater than our sin. He is greater than our problem. He has a great solution waiting for us ready to bring us to the next level in our spiritual journey. If you’re reading this I hope you are encouraged by these stories of triumph. If you have a story of how God brought you through a time of trouble feel free to list it in the comments so others can be encouraged by what God is doing in the earth.

Take a look at this video filled with the stories of people who have overcome struggles through all of it.

Peace, love, and Christ ‘cause you know HE died for you.

I love Jesus, my wife, writing, and other people. I love the medium of the internet and I love spreading God's word through it. I love the ministry and making disciples for God's kingdom who will in turn spread the love of Christ to their sphere of influence. I am a missionary at heart and vocational in practice. I not only see the mission of Christ at church or on foreign soil but at home and in the office. My goal is to make the name of Jesus famous where ever I go and whoever I speak with. View all posts by Matthew Stevenson